Relais & Chateaux, the global fellowship of fine hospitality, have found a way to derive maximum happiness from a road trip around the Cape in just four stops. I was lucky enough to be invited on their Cape Route du Bonheur. Here is…

If you’re going to drive all the way to the Cederberg and then all the way back the very next day, you most certainly want to do it in the comfort of a BMW. And, if you happen to miss your turnoff and get stuck in rush-hour traffic in Wynberg, you very definitely want your final destination to be as soothing and serene as The Cellars-Hohenort.

After the mountains of magnificent food I’d eaten at Ellerman House, Delaire Graff and Bushmans Kloof, I was relieved to discover that high tea at The Conservatory is guilt-free. The tasty tidbits are all low-carb and made with xylitol instead of sugar, so you can sip your bubbly smugly without worrying about your waistline.

Unless, of course, there’s been a communication snafu and the staff have prepared enough high tea for 12 people – but there are only six of you. Not that we complained. Indeed, I felt that it was my duty, and a pleasant one at that, to attempt to minimise any waste. The error also gave us a chance to taste our favourites twice. (Or, in some cases, three times.)

I found it hard to decide between the crispy prawn Vietnamese rice paper rolls and the smoked salmon, chive and squid ink ciabattas. But I had no difficulty demolishing several of the scones with sugar free strawberry jam and whipped cream cheese. The dark chocolate and beetroot cupcakes weren’t bad either I decided, after several of them had mysteriously vanished from my plate.

Fortunately, the gardens are large and glorious, so a stroll around them after tea is both a visual treat and a virtuous (though mild) exertion. Just as soon as I’ve spent a month doing yoga three times a day and drinking nothing but small shots of wheatgrass juice, I’m planning to return for another round of this deliciously low-carb guilt-free high tea. 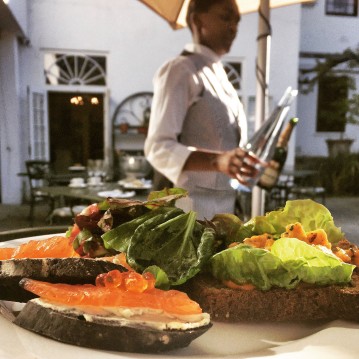 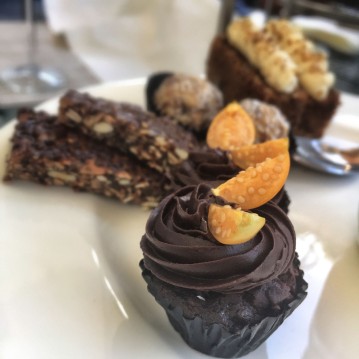 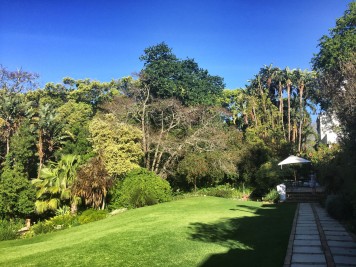 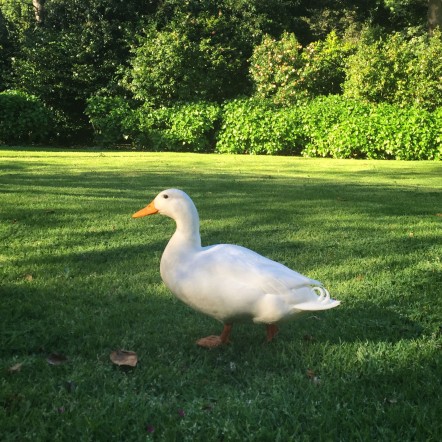 The Conservatory serves high tea daily from 3-5pm. A selection of 12 tasty morsels costs R195 per person, including tea or coffee.