I stole this post’s title from Bill Bryson because, although this walk was not quite as long as the Appalachian trail, it was somewhat longer than expected.

As I mentioned after the jaunt up Cerro Campanario, I’ve been wanting to do more walks in Bariloche – and ones that hold at least some possibility of getting lost. The opportunity to accomplish this yesterday didn’t seem great, as my hostess Miriam told me we were going for a ‘one hour walk’ up a hill on La Peninsula de San Pedro to see a cave. We were joined by Miriam’s two neighbours, Fernando and Leonardo.

After poking around in the bushes by the side of the road looking for a path for a while, Miram and Fernando decided on one that had warning signs for a deadly underground electrical current all the way along it. When we reached the road again (without being electrocuted), Miriam beckoned us down another path which led to an empty woodland cottage on the edge of an enchanting field. Since Fernando knew the owners, we decided they wouldn’t mind if we climbed in through a window and had a look around. I fell in love with the cottage, which had clematis growing all over its roof, a big fireplace in the bedroom, and a tiny conservatory next to the kitchen, presumably for growing flowers and vegetables. 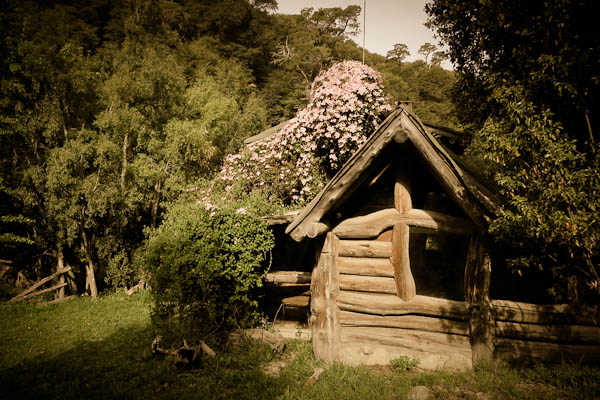 After more scrambling up more paths that only Miriam could discern, we reached another road, which led us to a viewpoint. The view was obscured by a dense atmospheric haze, which Miriam said was caused by the nearby volcano in Chile. (Walter later claimed it was actually from all the pollen in the air!) From the viewpoint, we continued up the hill until we came to a fork in the road – naturally we took the one less travelled. This led us to the crown of the hill, which was covered in bright yellow orchids. 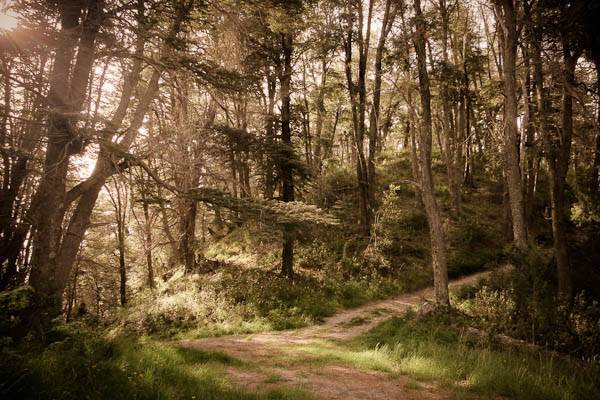 Leonardo very politely and assiduously insisted on holding the stems of the orchids for me and I didn’t have the heart to tell him that I didn’t want photographs of his arm. Eventually I pulled an ‘Oh! Look over there!’ stunt, and quickly snapped a couple of slightly blurry but arm-free shots.

Since we’d already been walking for more than an hour, I assumed that the top of the hill was the end point of our walk and that we would now return home. However, when we reached the main road again, Leonardo was the only one to turn back (he had to get to Judo practice) and the three of us continued around the hill, still in search of the cave.

Ignoring ‘Propriedad Privada’ signs, we scrambled over, under and through fences, and slithered down dusty slopes, with Fernando and Miriam all the while exclaiming over every flower and plant. Although they are both a a fair bit older than me, their curiosity and excited chatter about a patch of mushrooms or a particularly grand tree were as unaffected and happy as children’s. Occasionally they would break into song. I trailed along taking photographs and hoping that I too might be infected with this youthful wonder, perhaps simply by breathing in the pollen-saturated air. 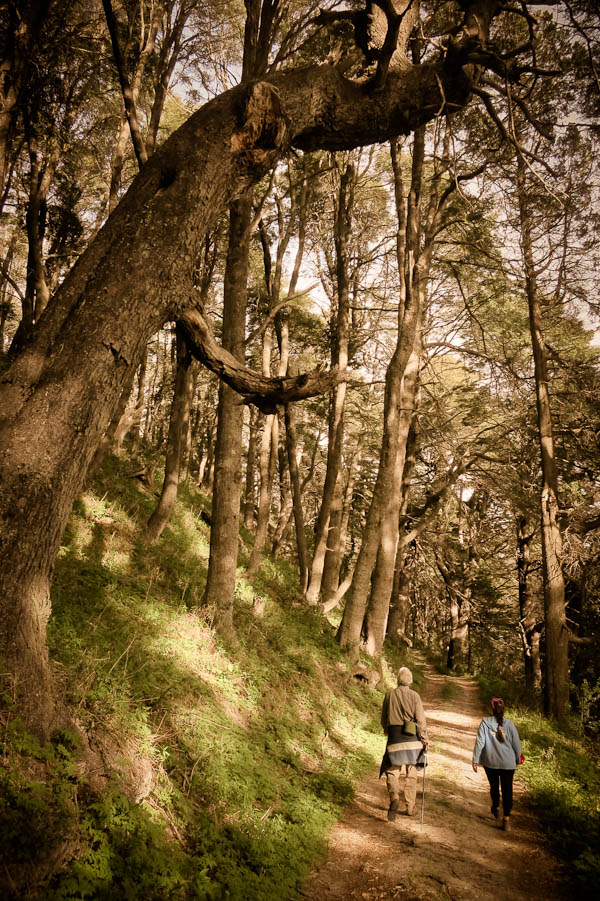 By the time we reached the cave, I was lightheaded from hunger and starting to appreciate that Argentinian Time might be even more impressively protracted than African Time. The cave was inhabited by an icon of the virgin, who had accumulated several tributes, plaques and a stack of dusty notebooks filled with handwritten messages of thanks and requests for protection from Maria Auxillanos.

Having reached our objective, we headed for home at last – but not without much cheerful debate between Fernando and Miriam about the correct way to take at every junction, as well as lengthy examinations of pollen-bombing pinecones and the various houses and empty plots we passed along the way. I left Miriam and Fernando at his log cabin, still happily chatting away, and plodded the last few metres to a much-needed shower and a big hunk of cheese. It was almost 9pm when I reached home and we’d left just after 4. 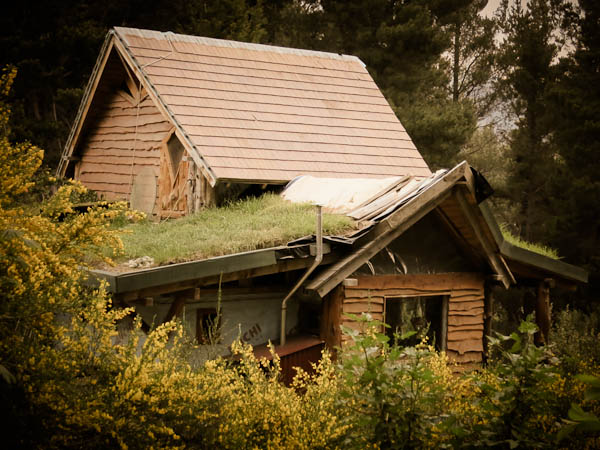 Fortunately, Walter (who is an accomplished chef) had prepared an amazing dinner of chicken, beef and chorizo, slow roasted on coals. At least our little walk in the woods had given me an appetite worthy of such a meal.

3 thoughts on “A Walk in the Woods”