Again, I was supposed to visit MALBA, and again, I didn’t.

Instead I popped out to buy a bus ticket to Bariloche (where I’ll be staying for a month from Monday) from the bus station at Retiro. I had to go there because the Very Useful Website, Plataforma10, which enables you to buy bus tickets online, only allows foreigners to do so with a Visa card, which I don’t have.

So, after using another Very Useful Website, Viaja Facil, I climbed onto a no. 23 bus. There followed a long and squiggly bus journey, on which I saw many interesting buildings and Buenos Airean scenes…

Bus interior. In case you wanted to see more of the inside of a Buenos Aires bus. They are only spacious and empty in the mornings. In the afternoons, they are packed.

The Obelisk, complemented by an enormous flag. 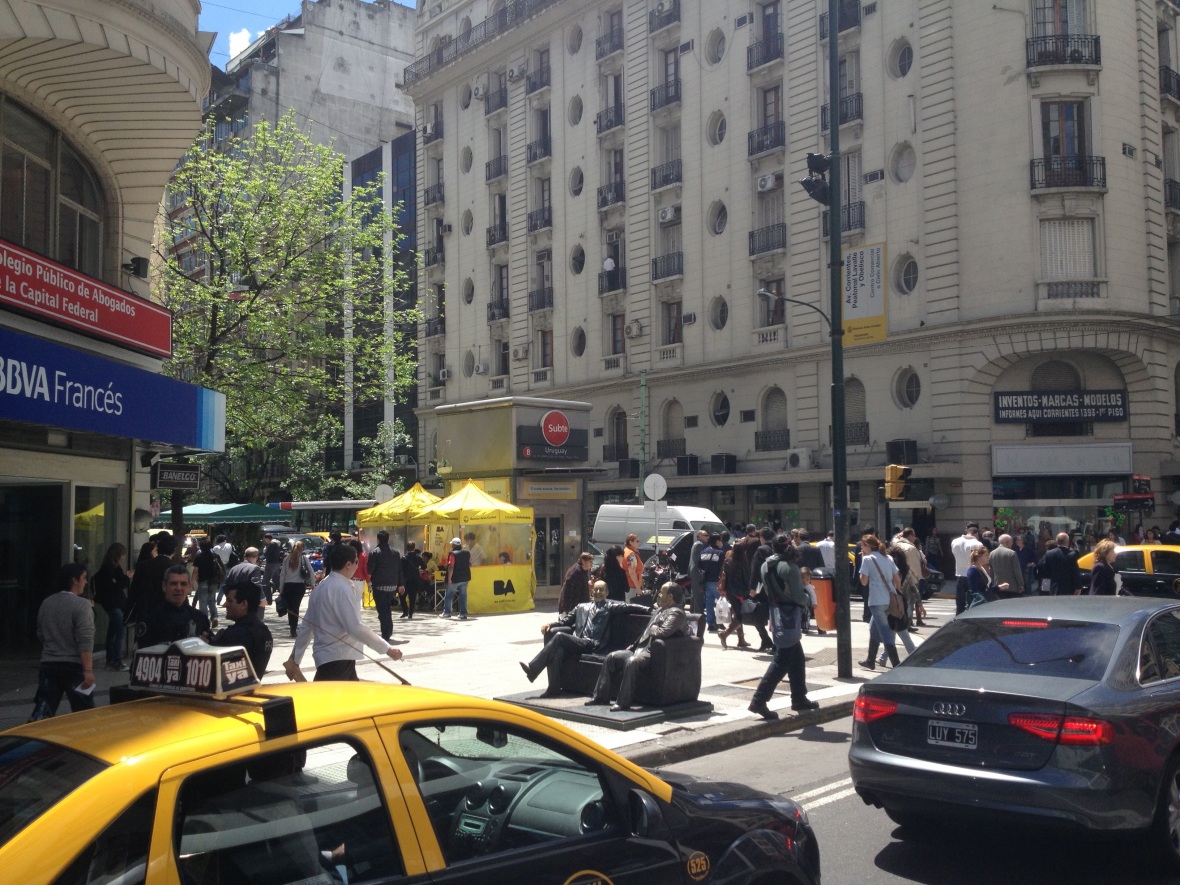 At first I thought this was a real sofa, with real people sitting on it. Ignacio told me later that this is a tribute to two of Argentina’s best-known comedians (yup, another monument). You can sit on the sofa between them and have your photo taken.

The bus route went through the theatre district. I thought this show looked particularly interesting.

When I arrived at Retiro,  I made a beeline for this building, since it was obviously the most important structure in the area.

However, it was singularly devoted to trains and exhibited a remarkable paucity of buses inside.

This is for you, dad. Sorry it’s not a steam train…

I wandered around the neighbourhood looking for a likely homing point for buses and photographing the monument to Britain in the shape of Big Ben, with identical chime. 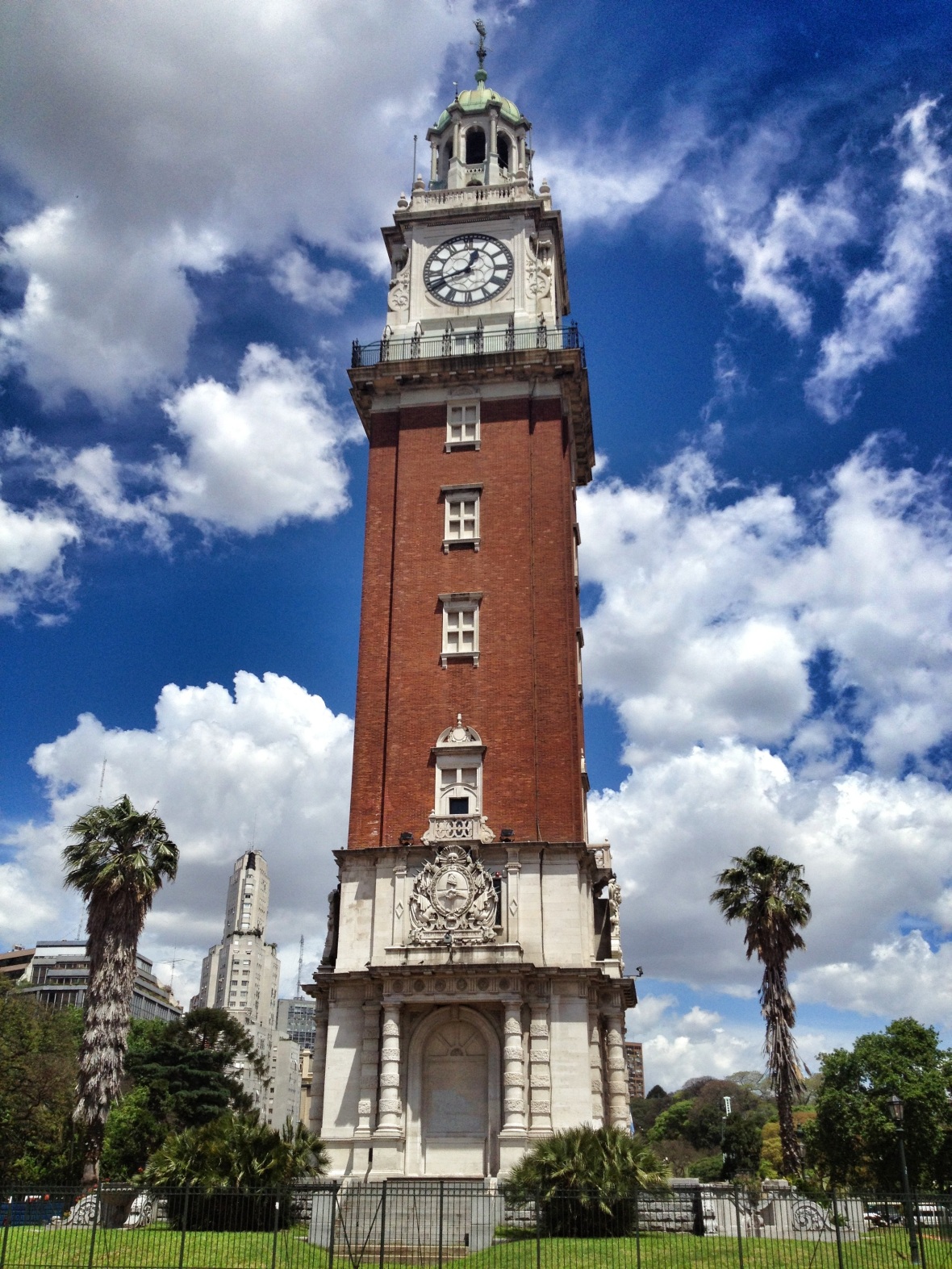 The way you can tell it’s not the real Big Ben is that there are palm trees on either side of it.

Eventually I decided that everyone had been fibbing about the bus station. All I could find were train stations. But, once I had given up and was looking for the right place to catch the return no. 23 bus, I found the bus station, skulking around a corner, painted green, pretending to be a hill. (And not doing a very good job of it, I must say.)

This is a lousy photograph, but I have included it as proof that the bus station at Retiro really does exist.

A very nice lady sold me a ticket for a Super-Cama seat on the bus to Bariloche. The best part was that it was A$204 (ZAR 410) cheaper than it would have been online, which made me feel Rather Smug. I then successfully caught the return 23 bus, which spent most of the afternoon stuck in a traffic jam.

Fearful of repeating my previous error and disembarking late, I jumped off earlier than I needed to and once again found myself completely lost. But, exhibiting the natural cunning that I am famed for, I went into a cellphone shop and, while purchasing a SIM card (which it is possible to do purely using mime), I casually enquired the whereabouts of Chile (the street I am living in, not the country).

It was only two blocks away. Once more, I felt Rather Smug.

But, before I reached Chile, I heard the sound of drumming up one of the avenues (the avenues are the big streets in Buenos Aires). The avenue had been blocked off and this was the sight and sound that greeted me: 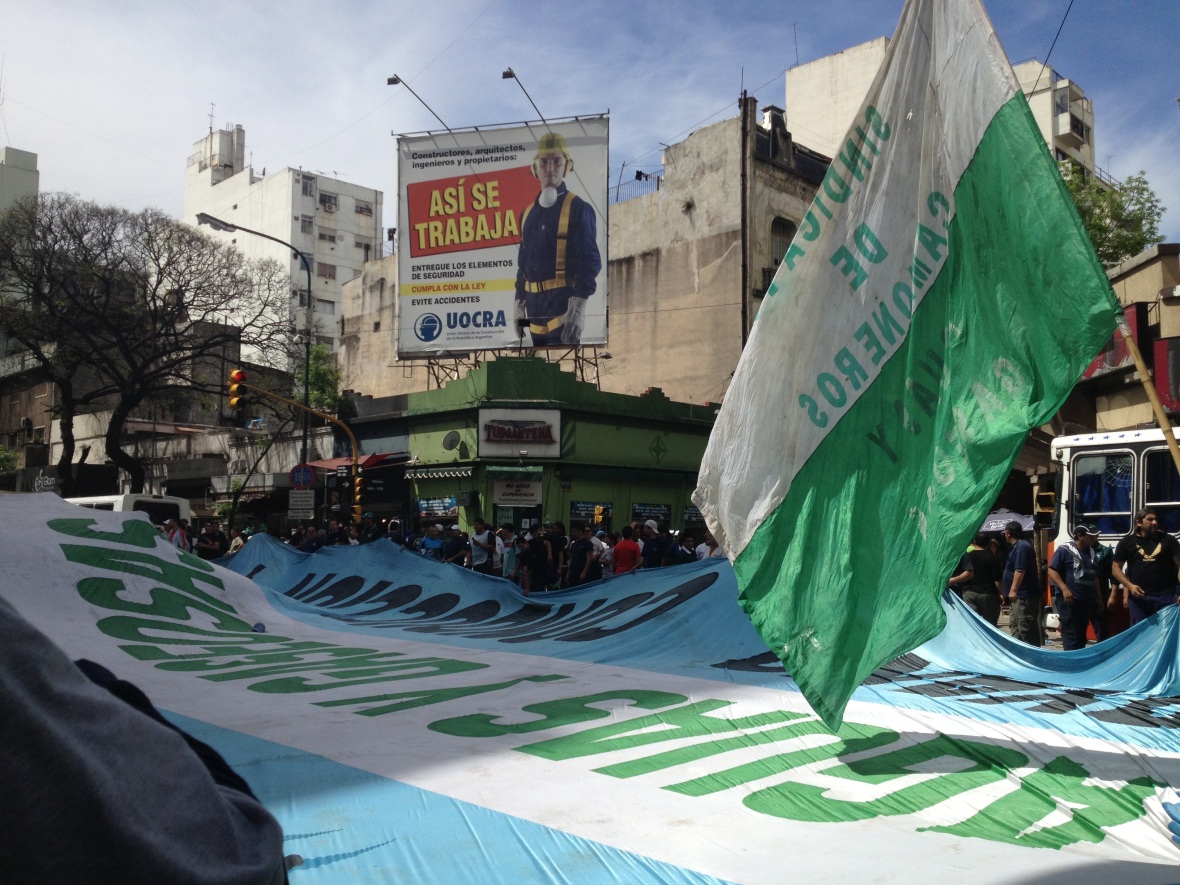 The video doesn’t convey it very well, but the drums were on the same level of noise as this flag was on a level of size… (And I mean the big flag on the ground, for all you pernickety people.)

Overwhelmed by the drumming, I retreated into a little pastry store and bought a pair of empanadas for lunch, while miming sympathy for the deafened  shopkeeper. (This time it was actually necessary to mime, as it wasn’t possible to hear yourself speak).

I chose a meat one and a ham and cheese one. Note: it’s best to warm them up. They aren’t very tasty cold.

On the 20 block walk home, I discovered a wonderful, cheap Chinese laundry, just 50 metres from Mi Casa en BA, which I found again, despite my mapless haplessness.

Rather Smug feelings wrapped themselves around my tired legs like possessive cats. I didn’t bother to shrug them off.